What I Learned from My Horse About Data Governance

It was a sweltering summer day. I had big plans for riding my horse with friends which involved loading my young horse, Smoke, into our new horse trailer and then driving an hour north to the mountains. I knew that once we arrived at our cool and shady destination, my horse would be quite happy on our adventure. But Smoke was not convinced of the soundness of my plan. At first he was annoyed at being pulled away from his barn, then he became scared, and then angry. No matter what I did, he just would not walk into the new trailer. He weighed 1200 pounds, so without one of us being injured, I realistically could not get him into that trailer unless he wanted to go in.

In my mind, this scenario is a lot like getting a group of data owners and users to go along with a new Data Governance intiative. As the project lead, you know that if they cooperate, invest their time in meetings and trainings, then their data will be much better, and the company will run more efficiently in the long run. However, the truth is this:  most teams won’t go forth willingly with a plan like that unless they WANT to. And if you try force them — well, your career might be injured in the process.

So, what’s the trick to getting horses and people to do new things?  Take small steps forward and make sure they have some input in the process.

Over the last decade, I have come to understand that Data Governance is a collaborative and continuous improvement process.  It is not just about purchasing great software and training users. It is really about MANAGING CHANGE. Data Governance changes the way the business manages and interacts with their data, and a successful implementation is about communicating, leading and listening.

Unless you have great buy-in and a groundswell of support from the very start, it is best to start your governance initiative with one or two smaller projects with quickly achievable ROI’s. Small but measurable successes followed by praise and publicity (“talking it up”) get others excited about joining your successful program. Avoid using the old-school model of big-bang IT-driven projects spurred by political pressure.

In the end, it took two hours to calm my horse down and convince him that it was OK to walk into the trailer. Had I made the effort to get him comfortable with the new process in short sessions ahead of time, I might have actually been able to rendezvous and ride with my friends that day.

So instead of forcing a team into a new uncomfortable place with a single large goal at risk, invite the business to participate in series of smaller ROI small project successes as a part of a larger program. Once the business has experienced a taste of success, they will move forward as a willing partner, eager for new opportunities to shine and help the company become more efficient and profitable through improved data quality.

Daryl Crockett is CEO of ValidDatum, 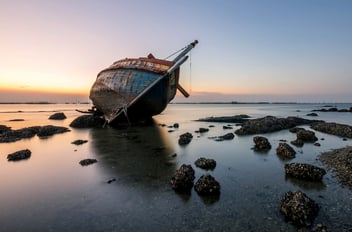 My phone rings. It’s a call from a person I have never met. It’s a C-suite exec telling me his... 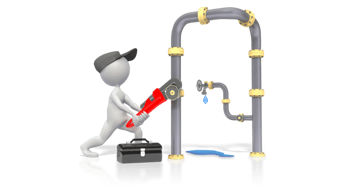 Let’s face it. The primary reason for the software you’re implementing is so that you can get data...

The Risks of “Too Much Data”

We mentioned in our 2022 predictions the immense amount of data that is being created on an a...